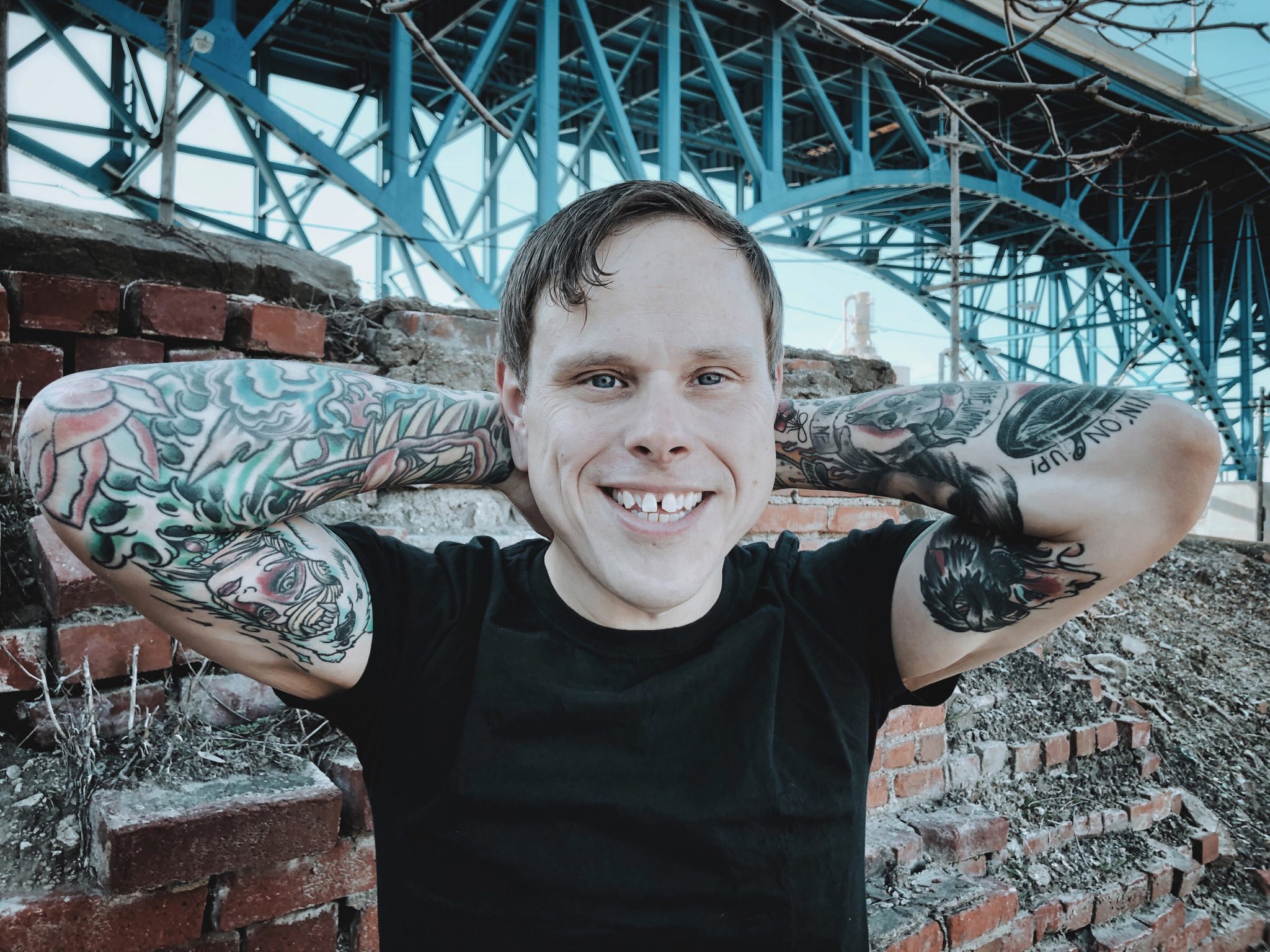 It’s been over two decades since the songwriter packed his bags and left Bloomington, Indiana, the Midwestern town where he spent his childhood years falling in love with rock & roll, embracing his punk roots, and standing his ground whenever intolerant locals didn’t understand his way of life. He returns to that place—both creatively and physically—with his seventh studio album, Immortal Americans. Written after a tumultuous period that found Lucas getting sober, supporting his partner through a battle with cancer, and breaking up with his longtime record label, Immortal Americans is a clear-eyed album for murkier times, rooted in stripped-down heartland rock songs that find the artist reflecting upon the changes in both his hometown and himself.

Co-produced by Lucas and Will Johnson (Centro-matic) and recorded/engineered by Steve Albini and captured in a series of live, full-band performances, Immortal Americanswas written after Lucas resettled in Bloomington. He’d been away for years, touring the world as an independent solo artist before signing a record deal with New West in 2013. In many ways, the albums he released during that period were reflections of the music he’d grown up with, from the mountain music of his father (bluegrass musician Bob Lucas) to the punk records that soundtracked his teenage years. Appropriately, Lucas earned a fan base as a folksinger with punk roots—or was it the other way around?—while touring the country with artists who represented both ends of that spectrum, sharing shows with Willie Nelson one minute and Chuck Ragan the next.

Somewhere along the way, his vices began to get the best of him. He started drinking too much. He gained weight. His marriage crumbled. Albums like 2013’s cowpunk-inspired Stay Reckless and 2016’s Between the Moon and the Midwest shone a light on those challenges, tackling everything from divorce to depression. When Lucas hit rock bottom though, he stopped writing about his temptations and instead, left them behind for good. He headed back to southern Indiana, resettling himself in a town that had changed considerably since he left.

There, in a region suffering from an opioid epidemic, an HIV crisis, and a homelessness problem, Lucas focused on rebuilding his career and his body. He got sober, shedding more than 100 pounds. He recounted the stories of his youth, where, as an outsider in a small town, he dodged beer cans hurled by passing drivers. As he once more walked the Bloomington streets, he learned to embrace his own fighting spirit again. The album’s title track, “Immortal Americans,” emerged from that period of self-discovery.

“My friends and I had to fight for who we were,” he remembers of those early days in the Midwest, “and it was an alienating, anxious, and oftentimes scary way to live. This song is about that fight. It goes out to the most marginalized and at-risk human beings who live in our country, all the people who live on the outside of mainstream society and have to fight every day for their identities and for their existence—because those are the true immortal Americans.”

Meanwhile, Lucas’ new partner was fighting a different sort of battle. Lucas had discovered a lump on her body during their first evening together and the mass turned out to be cancerous. He became not only her romantic partner, but her caretaker too, nursing her back to health after a life-altering surgery and a string of energy-sapping chemotherapy sessions. Lucas continued writing music throughout the process, strumming an acoustic guitar quietly while his girlfriend slept in the next room. Although much of Immortal Americans is influenced by that experience, album standouts like “The Shadow and Marie” tackle the experience directly, shining a light on his partner’s vitality and unending beauty.

“The song opens up with dark lyrics,” he admits, “but the overall point is, ‘We’re still alive. We still have so much to be grateful for. As long as we’re still here, there’s beauty and joy.’ I wrote it to remind my lover that even though she’d been through a crazy ordeal in which her body was permanently changed, she was still beautiful to me. The song may start out on a low note, but as it builds, it goes to a place that’s brighter. It pushes toward something better. In many ways, that’s the theme of the whole record.”

When it came time to record his new songs at Steve Albini’s studio in Chicago, Lucas didn’t reach too far beyond the songs’ unplugged origins. He’d already been cut loose from his record label, which meant he was free to chase down his muse without any sort of outside influence. He consolidated his sound accordingly, stripping away the electric guitars and dense sonic landscapes that had permeated his recent albums. In their place, he focused on acoustic instruments and a restrained rhythm section, gluing everything together with lyrically-sharp songs that measured the distance between his rocky past and even-keeled present. The band—whose members included his Dad, who’d traveled north to play banjo with his son—crowded into the same room at Electrical Audio and played together, resulting in an all-analog album that’s both raw and real.

“I wanted it to sound like human beings playing instruments,” says Lucas, “I knew the best thing for this batch of songs was for them to sound as organic as possible. I sang live, playing guitar at the same time, and we worked very quickly. It was an in-the-moment kind of album.”

Immortal Americans is Austin Lucas’ homecoming album, created during a whirlwind period of tumult and regrowth. With its gothic heartland sound and autobiographical lyrics, it’s also Lucas at his most honest, rooted in a string of largely unamplified anthems that don’t rely on electricity to pack a punch.

“I was watching the changes in Bloomington and reflecting upon the changes in my own life,” he sums up. “Not all of this is happy stuff, but there’s hope. There’s light in the darkness. I really do believe in second and third chances, because I know how many chances I’ve received. You have to keep fighting, because that’s what makes life worth living.”

Or, in other words, that’s what makes you immortal. 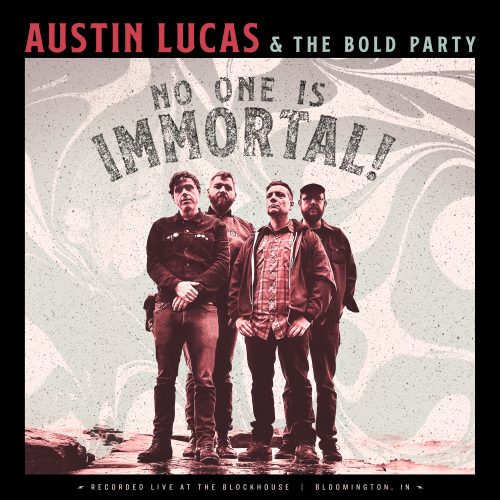 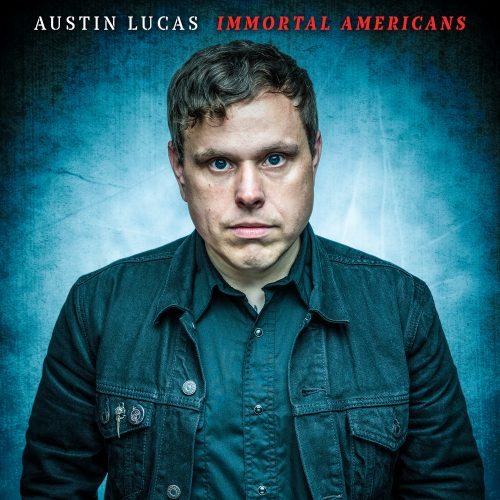 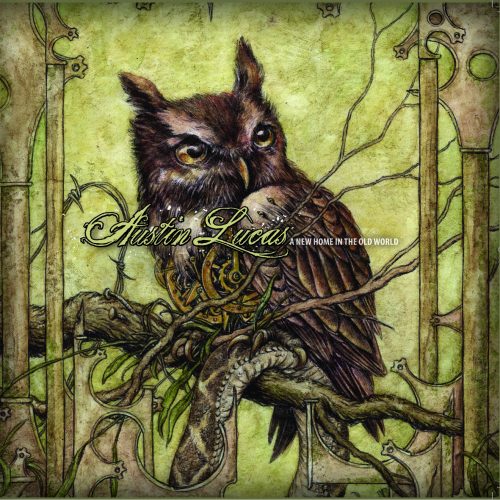 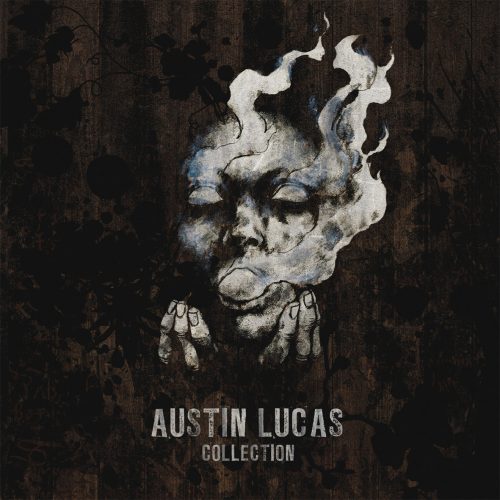 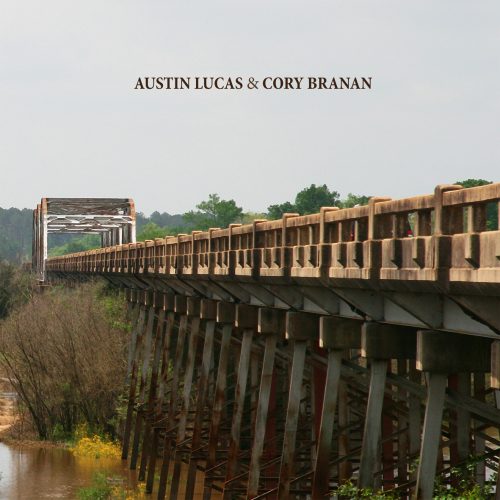 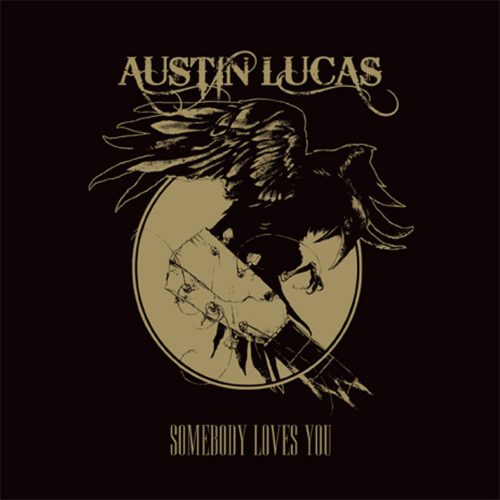 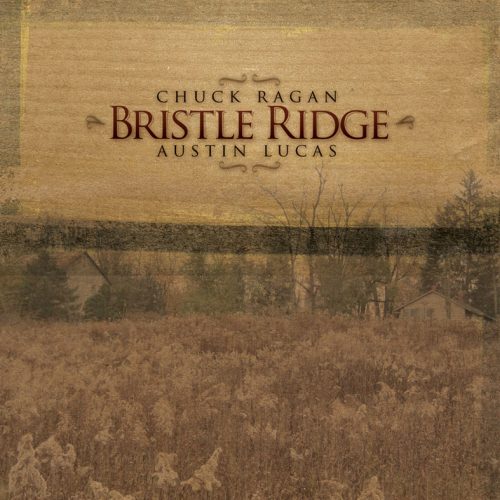 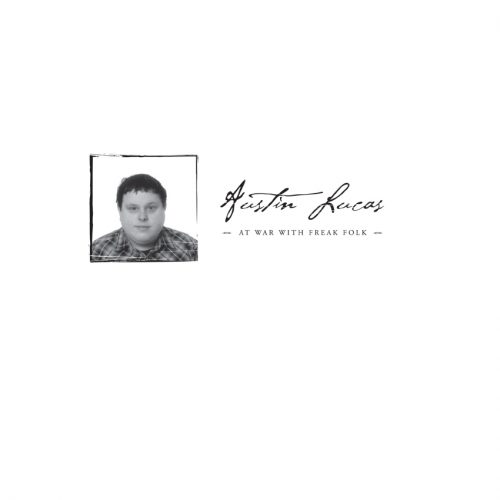 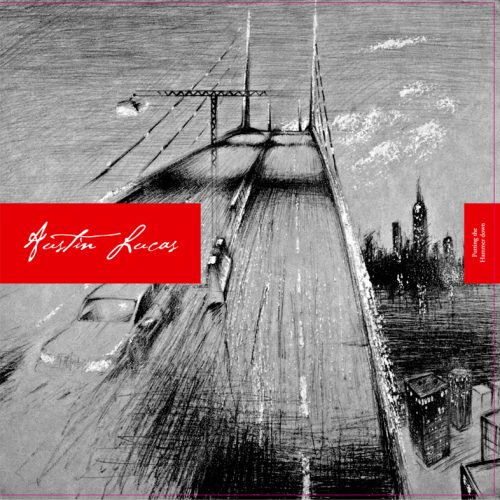 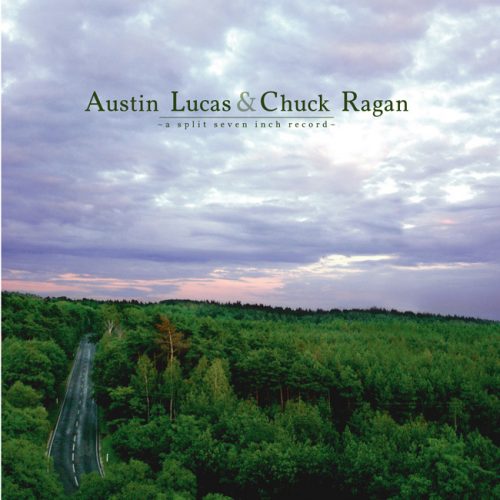 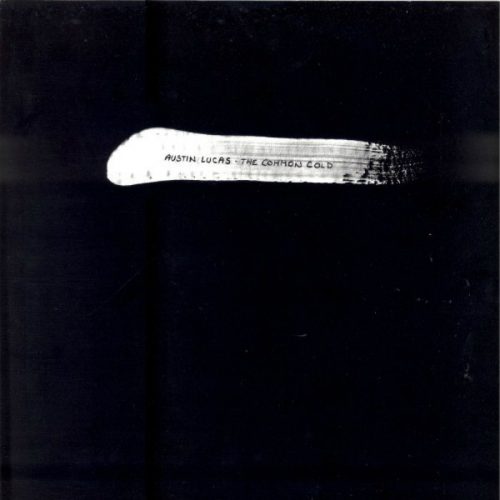