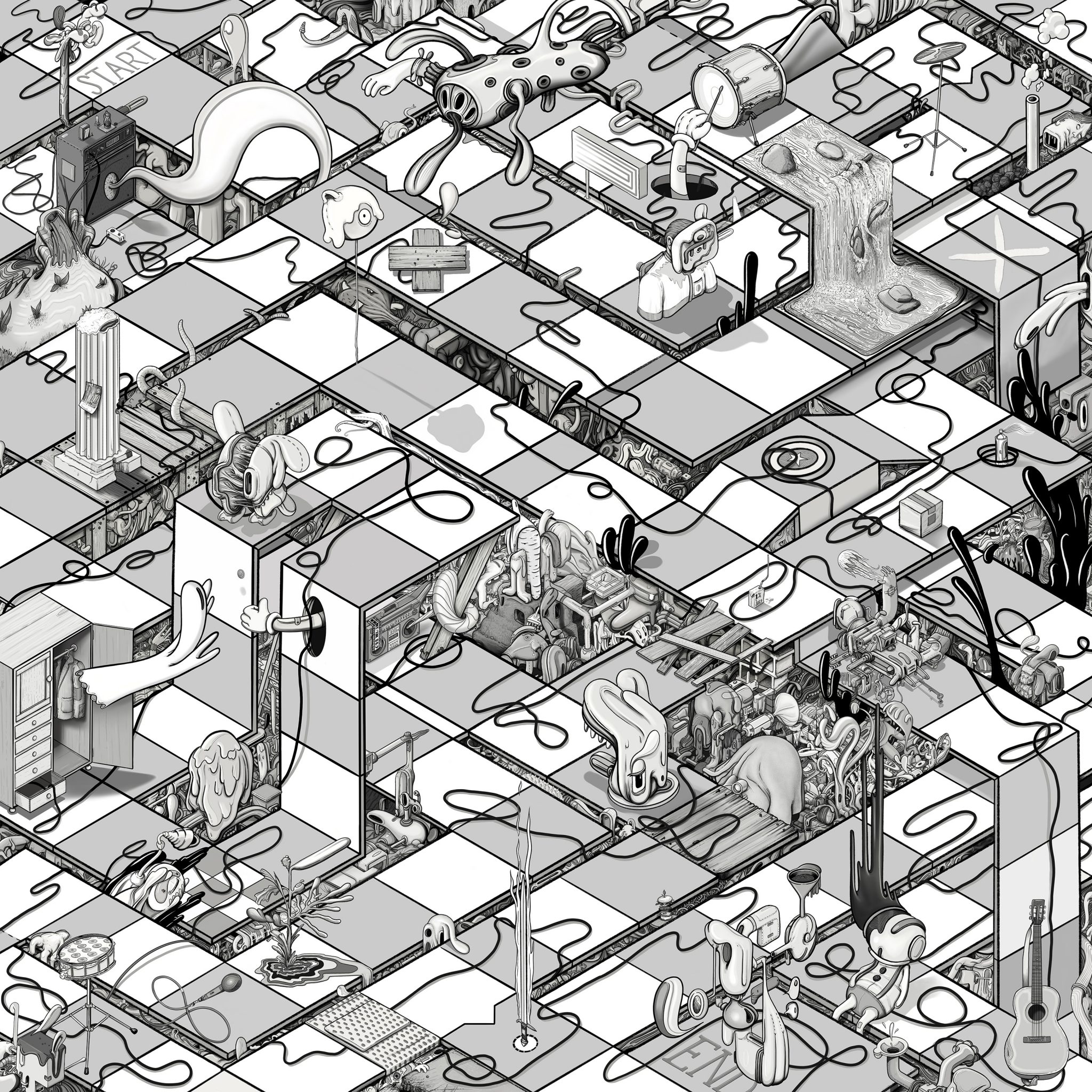 Launched in 2010 by brothers Kenny and Hayden Miles, Wayne Graham make articulate, wide-ranging Americana that nods to — and also reaches far beyond — the band’s southern roots. Raised in Central Appalachia, the siblings grew up amongst the rugged hills and soon-to-be-shuttered coal mines of Whitesburg, Kentucky. It was an area caught halfway between old-school tradition and a new way of life. From the start, Kenny and Hayden’s songs reflected that unique balance, mixing folk, rock & roll, and other sounds into sharply-written songs about family, faith, life, love, and all points in between. “It was all about using music to express what we couldn’t express otherwise,” says Kenny, the band’s guitar-playing frontman.

Named after the siblings’ larger-than-life grandfathers, Wayne Graham have transformed themselves from East Kentuckian heroes into something far more global over the course of six albums and one EP, earning acclaim as far away as Germany — whose branch of Rolling Stone praised the band’s “full-bodied, catchy songs with dry and poetic lyrics” — along the way.

Wayne Graham’s latest album, the self-produced 1% Juice, is another collection of explorative, earthy rock songs that blur the borders between multiple genres. After releasing an album of B-sides, Songs Only a Mother Could Love, in 2019, the brothers reconvened in their parents’ East Kentucky basement, where they’d recorded most of their past work — as well as projects by Senora May, Laid Back Country Picker, Sean Whiting, and others — in their own Fat Baby Studios. Their last album of new material,  Joy!, had been Wayne Graham’s most successful album to date, released on both sides of the Atlantic and supported not only by an American tour, but a string of shows across Europe, too. Kenny and Hayden decided to keep that transatlantic spirit alive with 1% Juice, reaching out to German collaborators like Ludwig Bauer to add horns, strings, and other sonic touches to the songs. At its core, though, 1% Juice is a family affair — a diverse album created by two brothers who’ve developed distinct approaches to songwriting, as well as unique outlooks on modern life.

“Hayden and I think about similar things in very different ways,” says Kenny, who shares the album’s songwriting credits with his drummer brother. “Our minds go side-by-side for a while, then veer off in opposite directions. This record is a little bit of a push-and-pull — or a vibration back and forth — between two different outlooks that ultimately lead to the same place.”

The results range from Kenny’s “Tapestry of Time” — a mellow meditation on the passing years, shot through with drums that evoke a ticking clock and a swampy, soulful outro — to Hayden’s “Some Days,” a lush, countrified album-closer inspired by the Byrds’ twangy jangle and the Bible’s exchanges between Jesus and Saint Peter. Between those two bookends, the guys personify a lonely public phone on the Wilco-worthy “Pay Phone,” get funky with the challengingly complex “Never Die,” and turn the album’s title track into a groove-driven instrumental. No two songs are the same — and for Wayne Graham, that’s the whole point.

“The songs sound different,” says Kenny, “but they all point in the same direction.” And while Wayne Graham usually play shows as a full-bodied four-piece band, 1% Juice shines a light on the instrumental and creative abilities of the band’s two co-founders, who layer these songs with colorful streaks of guitar, percussion, keyboard, vocal harmonies, brass, and whatever else the canvas demands.

“When you’re recording, you’re making a painting,” Kenny adds. “You add layers until you’re really taken by the image you see — or the thing you hear.”

Wayne Graham’s early releases may have focused on the sounds and stories of modern-day Appalachia, but the band has expanded, evolved, and electrified since then, with 1% Juice showcasing the full range not only of their influences, but their abilities, too. This is an album that’s every bit as diverse as the countless communities and cultures that lay between the band’s Kentucky home and the German headquarters of their European label. With 1% Juice, Wayne Graham proudly operate at 100%. 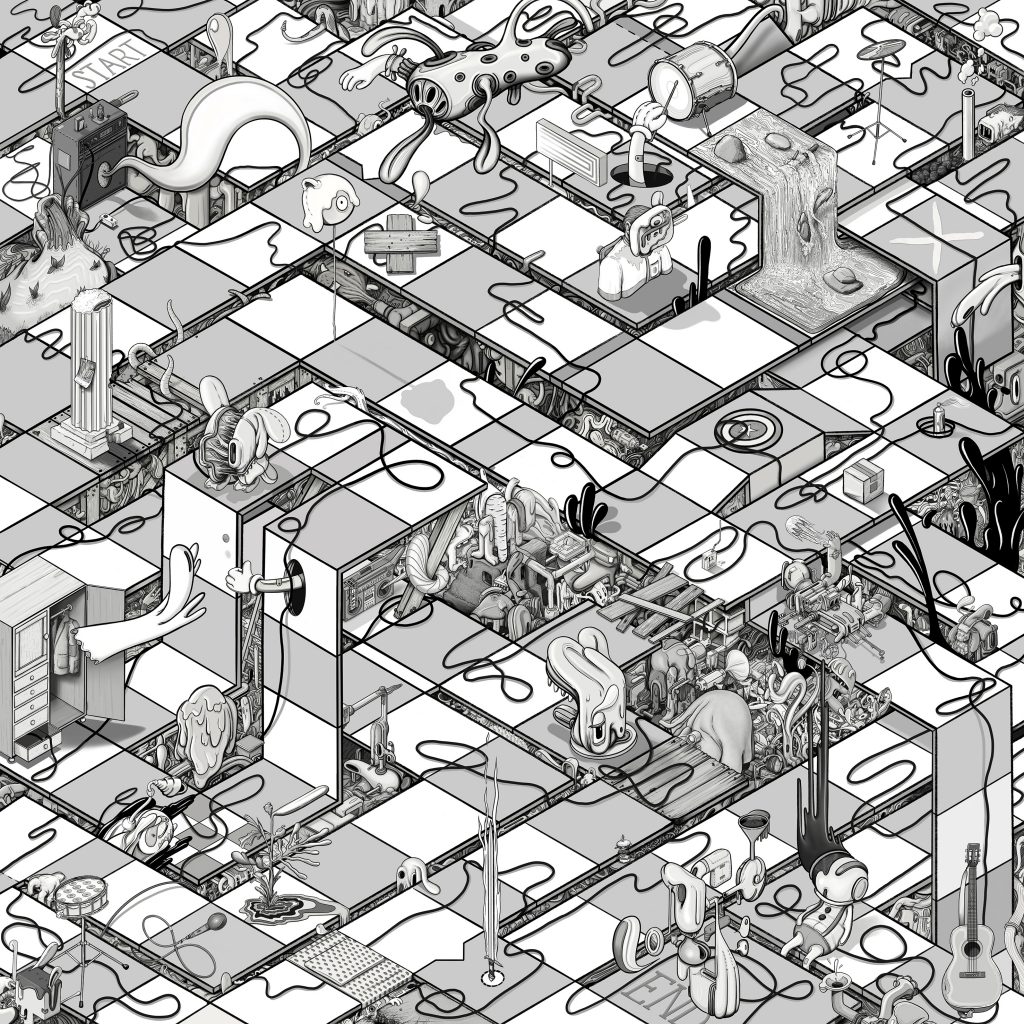