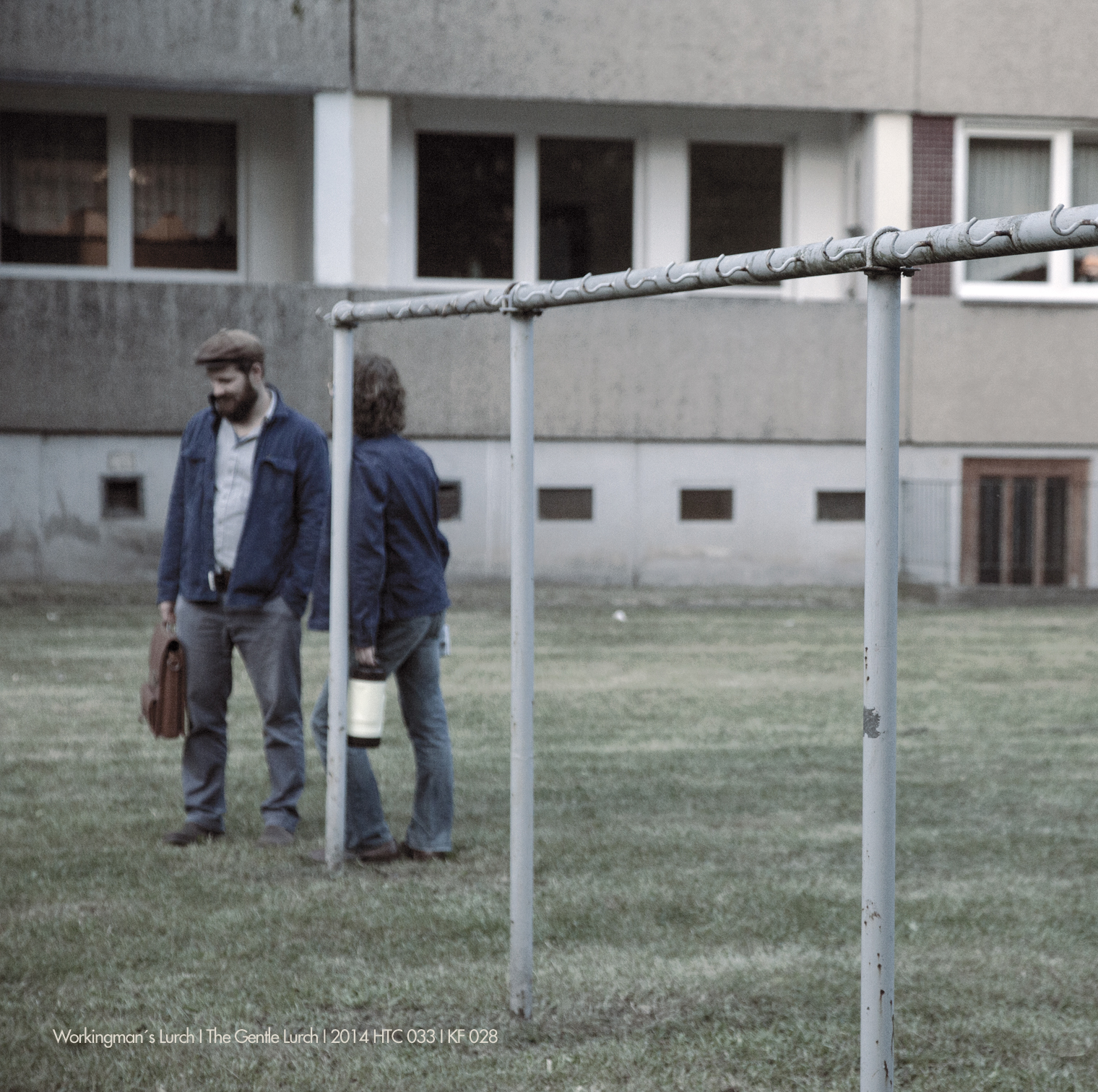 1. The Darkest Grove Of Pines

8. Some Pieces Of Advice To The

We are passing our days / Like two snails / Slowly crawling past each other / A shared office, alright / But aren’t we supposed to be brothers?” (Workingman’s Lurch) Workingman’s Lurch, just as the title track suggests, is a pessimistic album that deals with work. Going to work, being at work, stagnation, approximating death.

It’s the third album by a band from Dresden, Germany, called The Gentle Lurch. Its members hail from the rural Ore Mountain region nearby. They like to pause in between albums until each and everyone has forgotten about their existence. Their last (double-) album stems from 2009 and Americana-UK spoke of “Dresden‘s Answer to Wilco – a sprawling, experimental epic…” with regards to it back then. Rolling Stone Germany compared them to Lambchop and Tindersticks.

Since then, the three core members and singers Cornelia Mothes on piano, Frank Heim and Lars Hiller on various string instruments were joined by Ronny Wunderwald on drums and Timo Lippold on bass. Possibly as a consequence, the band has been overheard speaking of Workingman’s Lurch as an “honest-to-God rock record” which, most likely, is an indication of their skewed self-perception. It’s the opposite of a perfectly rounded offering. Each song has got its own will, develops its own strategy and momentum. Ludwig Bauer has written two harrowingly beautiful string arrangements and, from time to time, an obscure ‘Choir of Mothers’ expands the polyphony of voices of the band’s three lead singers.

Yet, drums and bass provide a much firmer framework for this new set of songs. They let them become more concise and, at times, louder than on previous albums. ‘Our Bodies Become The Ground‘ rolls like scree avalange from the speakers. Also, Cornelia Mothes takes up much more room on this record, confronting Lars Hiller’s stoic sing-song manner of recitation with a comforting, almost redemptive element. She also brings a previously unfound directness and pop-affinity to this record. Therebeside, plenty of remnants of the old Gentle Lurch remain: close to standstill, precariously groping, a sound like rotten wood.

Their songs are lyric-heavy and narrative. The lyrics like to twist and turn to mystery like the closing observation of a short story by Flannery O’Connor. It’s difficult to call them a folk band, but it’s also difficult to call their output experimental music. There are only three choruses on the whole album. Most tracks are like journeys from point A to point B, others level and rise like waves on an ocean. They use elements of Folk, Country and Americana, because they like their emotional directness. But they realign them into something different. At times, as confrontational as on ‘All Things Come’ which tilts from complaint over into consolation on a single organ note, changing singers as well as harmonies mid-song. There is the strangely rotating chord progression that propels ‘Cannot’, or the groove torpedoing the gospel of ‘On How To Tamp Leaks‘.

Workingman’s Lurch also marks the first time, the band has worked with an external producer. Johannes Gerstengarbe usually stands for a more polished, radio-friendly production style. It was a conscious decision to combine the band’s crude approach with his aesthetics. Mastering was done at Soundcurrent in Knoxville, Tennessee.

The almost two years of recording took place in an abandoned, former chocolate factory surrounded by old GDR-housing projects depicted in the albums artwork and which – apart from a few early 90ies satellite dishes – appear to have gone untouched by the German unity and the Quarter century that has passed.

Then of course, the album’s title is also a distant echo to Workingman’s Dead by Grateful Dead (1970). Whereas that record could be viewed as a swansong of the innocence and cultural liberation of the 1960ies, Workingsman’s Lurch is the swansong of an unaffected,  self-sufficient life. It doesn’t describe a cultural phenomenon but a biographical one: integration into employment, the groan of material, the deadlock, the grind and creak, the repulsion of nonfunctional parts. „There was something that sat on my heart like a moth.” (Nesting) 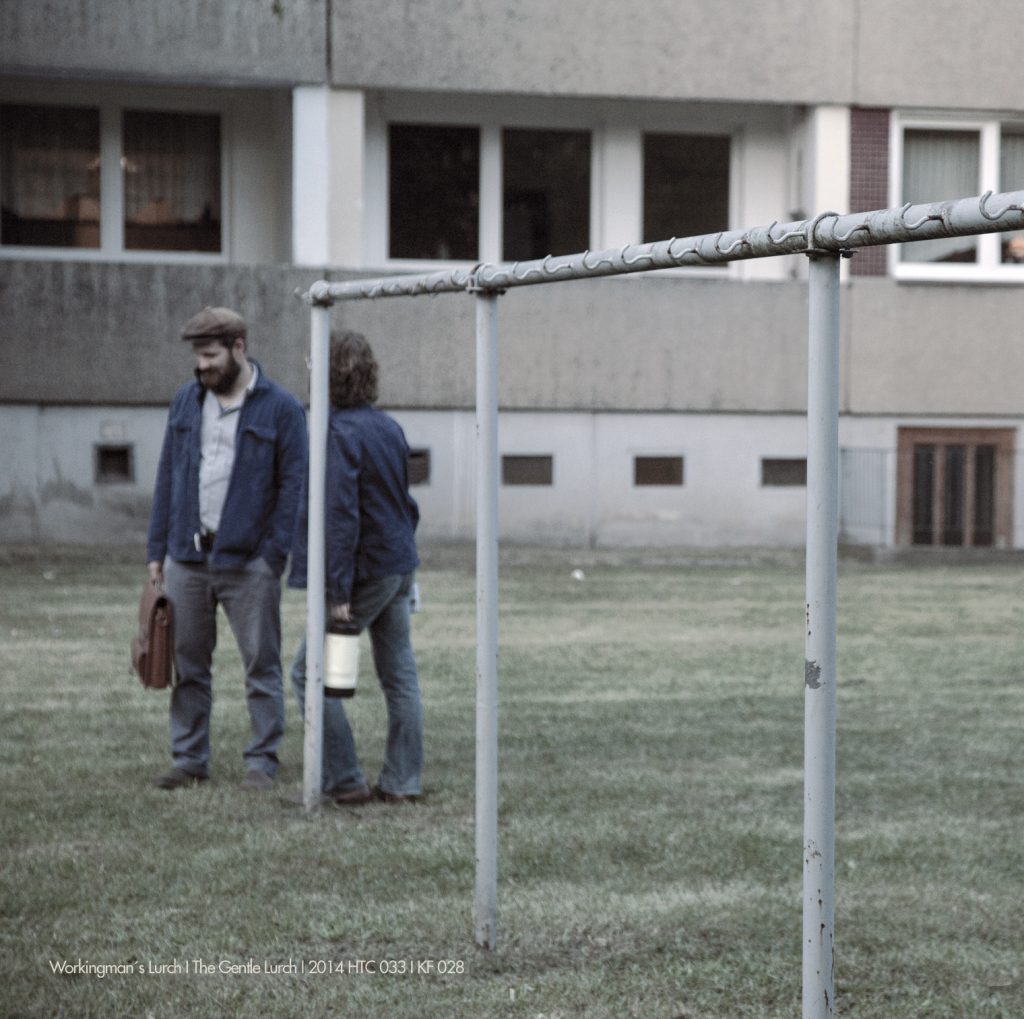