HTC032 Austin Lucas - A New Home in the Old World 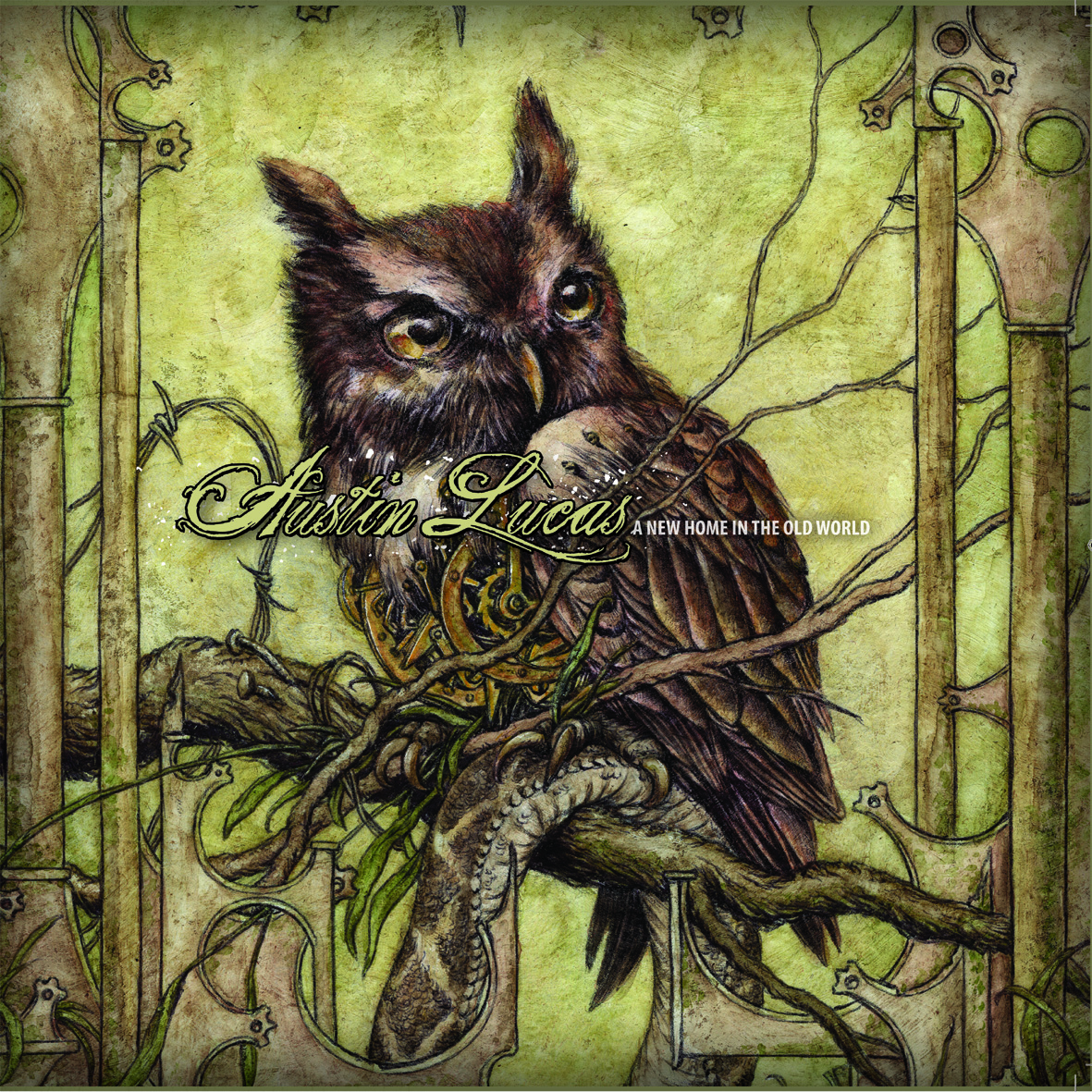 3. Darkness out of me

Raised in the backwoods country of Monroe County, Indiana, Austin Lucas was born into a folk and bluegrass lineage. His father, Bob Lucas, is an accomplished musician and performer in his own right, having earned songwriting credits on two of Allison Krauss’ albums, including 1997’s Grammy-winning So Long So Wrong. Learning to harmonize before learning to read, Lucas honed his vocal control in six formative years as a member of the nationally-acclaimed Indiana University Children’s Choir. In a narrative as well-worn as it is true, Lucas rebelled against his upbringing, leaving his Americana roots for the catharsis of punk rock. After the better part of a decade spent criss-crossing the globe with a series of bands in broken-down vans, Lucas hit a musical glass-ceiling, eventually finding respite for his ringing ears in the delicacy of traditional songcraft.

Following his solo debut, The Common Cold (2006), Lucas has steadily built upon his recorded output, releasing Putting The Hammer Down (2007), the Bristle Ridge (2008) collaboration with Chuck Ragan of Hot Water Music, and Somebody Loves You (2009), which debuted at #7 on the Billboard Bluegrass chart. Culminating with his fourth album, A New Home In The Old World (2011), Lucas has consistently evolved and grown as a musician and songwriter, resting on no laurels. While some of his earlier recordings were as bare-bones as they come, each successive album has built upon the songs’ framework, incorporating banjo, fiddle, upright bass, and pedal steel. A New Home In The Old World ratchets the sound up to the next level, adding texture with a Hammond B3 organ, the brassy flourishes of a trumpet, and even a little bit of muscle, courtesy of electric guitar.

Recorded in December 2010 at Farm Fresh Studios in Lucas’ hometown of Bloomington, A New Home In The Old World was mixed and mastered by Paul Mahern, who has built his reputation engineering records for Bloomington’s prodigal son, John Mellencamp. Engineered by Farm Fresh owner Jake Belser (who has worked on recent recordings by Bloomington’s gothic Americana quartet, Murder By Death), A New Home In The Old World also marks Lucas’ first time self-producing. While Lucas does not have a regular backing band, his studio accompaniment comes from a rotating cast of friends and family, including members of alt-country heavy-hitters Lucero and Magnolia Electric Co., and no less than four members of the Lucas clan. The songs themselves are the most diverse Lucas has offered to date, pushing past the confines of singer-songwriter genre convention. Opener “Run Around” wastes no time hitting its stride with a searing fiddle lead and galloping drums. With its languid piano and drawling pedal steel, “Sit Down” conjures a house band playing through a hazy happy hour. “Thunder Rail” and “The Grain” pull no punches as Lucas’ most straightforward rock songs, drawing from heartland rock and the guitar riffs of bands like Thin Lizzy. “Sleep Well” sways as a funereal waltz, its chorus dropping to clipped guitar and falsetto vocals that are spine-tingling in their intimacy and fragility. Album closer “Somewhere a Light Shines” is a slow-burner, rising to one of Lucas’ biggest choruses, a swell that could be considered the first power-ballad in the Austin Lucas repertoire. Singing with the conviction of a preacher bereft of his faith, Lucas accordingly tackles recurrent themes of the soul, sin as personal purgatory, and the possibility of finding redemption in this life. The fallacies of man take center stage as the righteous false prophet is denounced as a “hollow vessel with unsteady hands.” Turning the harsh light of hindsight on himself, Lucas addresses the hard lessons learned in the passing of youth, ruminating on the failures and missed opportunities that still haunt him. To make mistakes is only human, to recognize the error of your ways is invaluable, but to dwell on past mistakes until they corrode the soul is a road to ruin. Lucas wants not to lie fallow, pledging, “If there’s a light shining/ Point the way there/ A straight way of walking/ I’ll be like an arrow.”

Having raised his profile on the road with the troubadour-packed Revival tour and Pennsylvania’s Langhorne Slim, and with appearances at the Philadelphia Folk Festival, Canada’s Sled Island Festival, and Florida’s Harvest of Hope, Lucas has further developed his loyal grassroots following. Folk music is for the common folk, and Lucas delivers, often ending his shows playing on the floor amidst the crowd. Lucas will tour extensively throughout 2011, hitting Europe in the Spring before joining Willie Nelson’s Country Throwdown tour, followed by a US headlining tour in late summer. 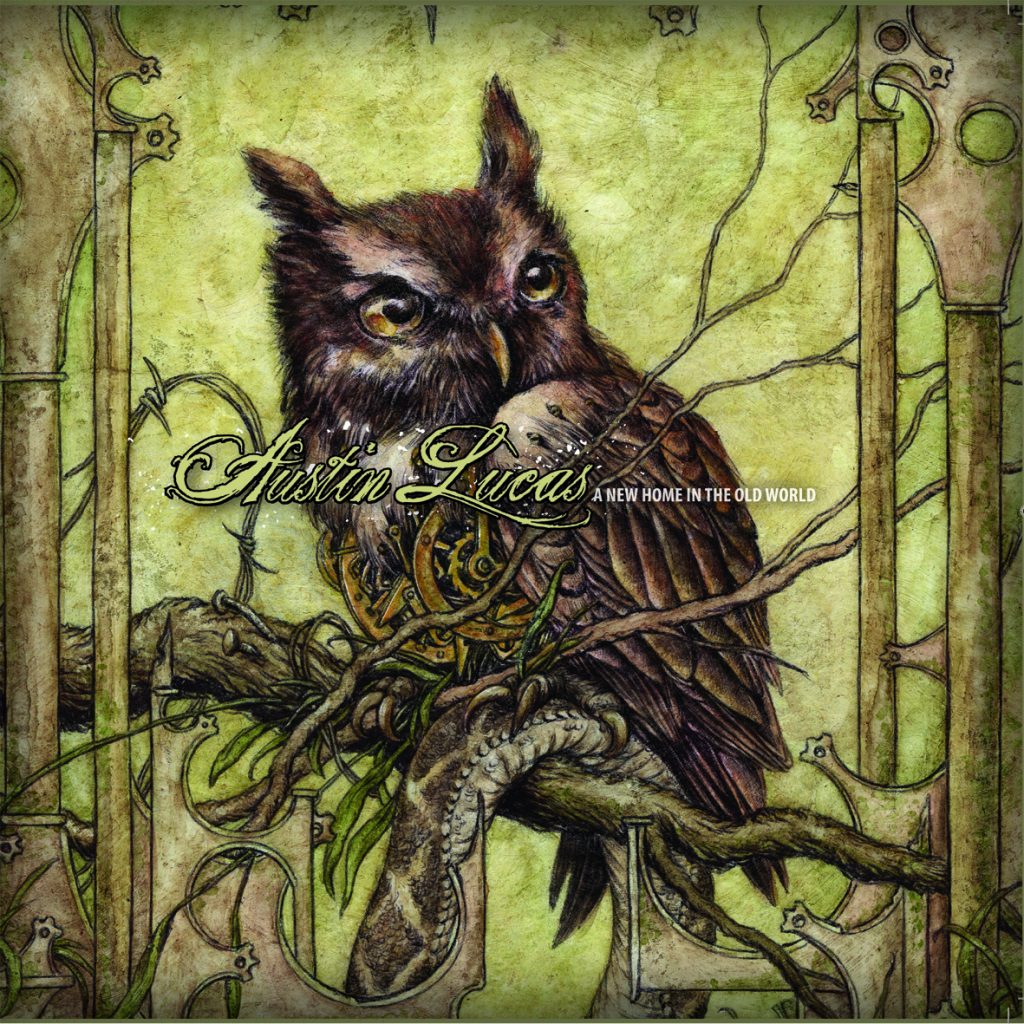 CD - Austin Lucas - a new home in the old world