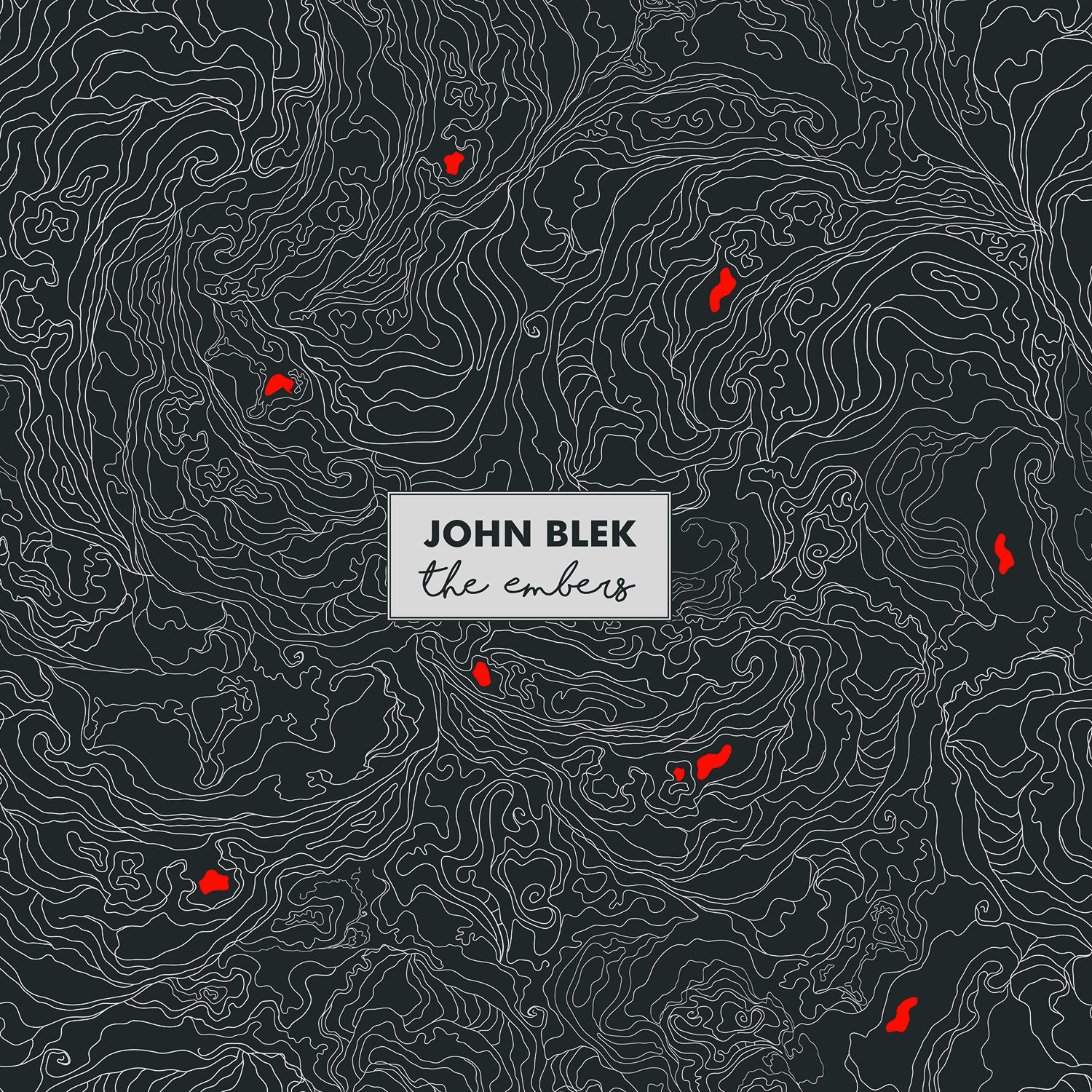 After the fires of love, lust, life and revolution have burned out the embers are all that remain. “The Embers” the new album from John Blek consists of 9 visceral songs. Reflections and memories from a time after the affair.

It was the early summer of 2018, – “Thistle & Thorn” “Blek’s ode to nature […] his most accomplished work to date” (The Irish Times) – had just been completed, however, the Irish Singer/Songwriter just continued to write.

“I was excited by the prospect of working around a specific theme and the songs for The Embers were the next natural step. I enjoyed giving myself structure this time around. It was not about moments of inspiration but more about working on these songs and ideas until I felt they were great. More craft and less luck.“

Ever since this point in time he knew he was in the process of becoming entangled into a bigger picture. A four-album cycle began to take shape, circling around the four elements water (Catharsis Vol. I), Earth (Thistle & Thorn) fire and air. “The Embers”, a firebed of a glimmering coals, is now released exactly one year after “Thistle & Thorn”.

“Flame” compares the longing and the passion of a love affair to flames which consume a building blazingly fast. Others associate the warmth of a firebed with a romantic relationship (“Ciara Waiting”). With “Revived” a wonderfully comforting duet with the great Irish songwriter colleague Mick Flannery finds its place.

Blek stays true to his musical principles, nevertheless, gets more and more refined. The focal point is extraordinary melodic fingerpicking on the acoustic guitar and a voice which gets warmer, wiser and paraphrases a little more precise from album to album. Blek gets inspired by Irish, British and American folk and establishes his own position somewhere in between.

While the last album was mainly made with the two Bonnie ‘Prince’ Billy collaborators Joan Shelley and Nathan Salsburg, with this one the drums of Davie Ryan and the clarinets of Matthew Berrill come to the limelight. A warm breath runs through the songs: “Musically I wanted to use soft and warm sounds on this record to try and draw the heat of the fire into the songs. For this, I used a lot of clarinet and bass clarinet. The warm breath-like sound added a wonderful blanket for the songs to lie upon.“

John Blek was recently awarded Number One Award in Ireland by IMRO for an outstanding independent album release in 2019 and “Thistle and Thorn” was praised everywhere by BBC and RTÉ radio editors. Shortly before that, ‘Salt in the Water’ of Blek’s penultimate solo album “Catharsis Vol. I” was nominated as a Song of the Year at the International Folk Music Awards in Kansas City. It’s probably fair to say, that John Blek in his current form is not only one of the most diligent and prolific but also one of the best singer-songwriters in Europe.

Due for release on 7th February 2020 The Embers is the fifth solo long player from Cork’s John Blek. This time it was recorded in its entirety at Wavefield Recordings, Clonakilty with Brian Casey Producing/Engineering and musical contributions from Mick Flannery, Matthew Berrill (Ensemble Eriu) and Davie Ryan (Notify, Atlantic Arc Orchestra).

John Blek is much loved for his enthralling live show full of humour, pathos and his impassioned musical delivery. A master storyteller and a stunning fingerstyle guitar player. A must see act for 2020 and a true artist.

“The Embers” will see widespread release in Europe and the UK via K&F Records and Hometown Caravan and in Ireland via John’s own imprint We Are Rats Recordings (WARR). Available on digital, CD and gatefold 180gram Vinyl. 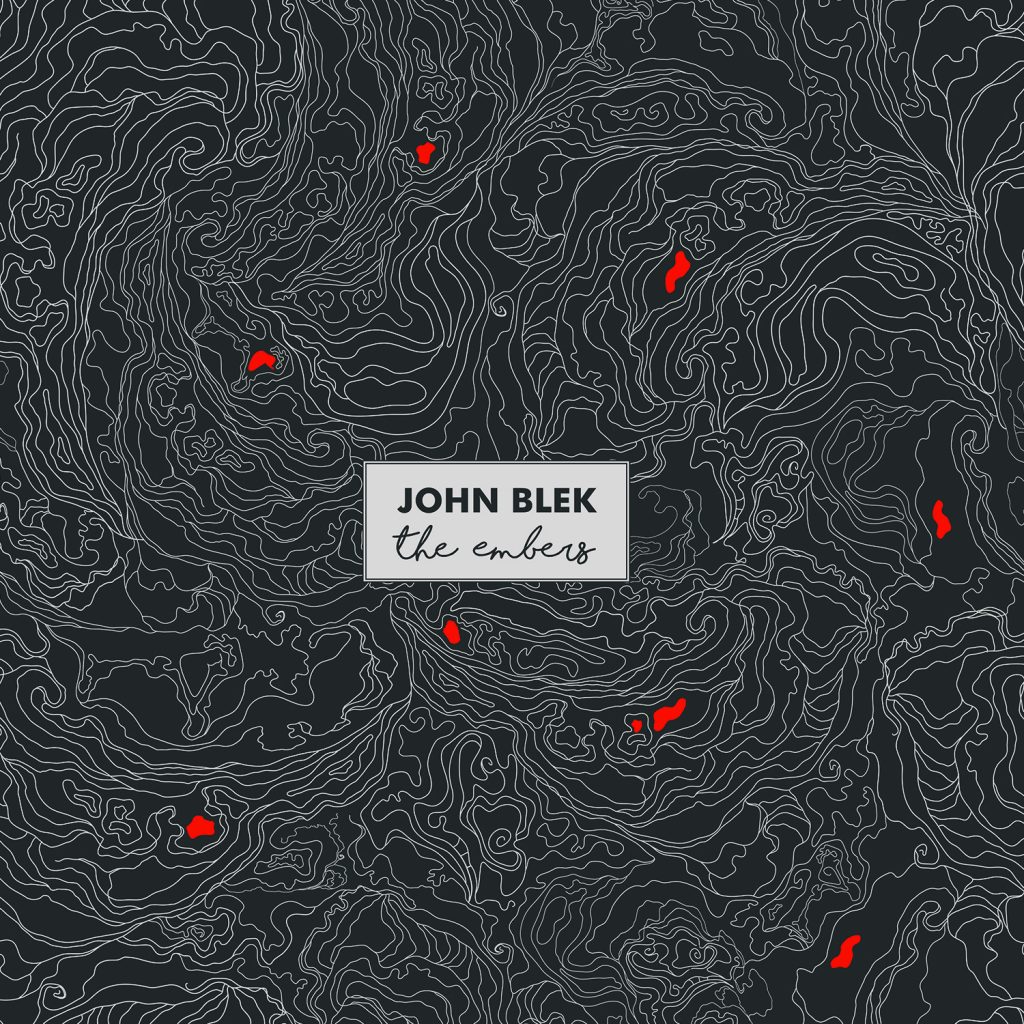 “A force of nature” – The Irish Times

“a master of subtlety in realms of folk-informed pop.” – The Thin Air

‘His talent is shining brighter with every album.’ – John Creedon, RTÉ

“Cork Songwriter at the peak of his powers” ★★★★ – The Irish Times